With no doubt, 2019 biggest event in Israel was the Eurovision contest. Facing 2020 Eurovision contest in Rotterdam, we spoke to Tzachi Frishberg, Head of SMART HLS Solutions, about securing such a mega event.

Mega events take place around the world almost daily. Sporting events, carnivals, parades, concerts… people love them, and with good reason. There’s usually a huge and happy crowd and a great atmosphere. But behind the scenes, in order to keep everyone happy such events require suitable security, and when we’re talking about mega events, we’re talking about a complete security package. What should a security program for such an event include? How can smart city technologies help? And how can IoT applications be leveraged? Two months after the conclusion of the 2019 Eurovision we conducted a special interview with Tzachi Frishberg, Mer Group’s Head of HLS Smart Solutions:

“The Eurovision Song Contest is an international event that attracts not only singers, bands and tourists from all over Europe, but also terrorists and religious and political activists, hoping to grab media attention through violence and public order disturbances. A security circuit can be compared to a large balloon whose whole surface is exposed and vulnerable to one pin, that can come at any moment to pop it. The challenge of the security team is to block every weak point, so as to prevent an attacker coming to pop the balloon.”

Does media presence make all the difference?“
Of course, organizers of mega-events are very aware of the fact that because of the global nature and extensive coverage such events receive in global media, these events attract the ‘bad guys’ together with the ‘good guys’. That’s what makes them different from other major events that don’t get the same coverage,” says Frishberg. “Regardless of who the host country is, or the local threat map and geopolitical state of this particular country, and irrespective of the number of people attending the event, what is essential in defining an event as a mega-event is the number of people attending, and the extent of the media exposure surrounding the event.  “Take for example recent events here in Israel, such as the visit of the US president, the Maccabiah Games, or even the Gyro Bike Race, which challenged our national security institutions. Today, it is understood that the approach to securing such an event cannot be local to the venue itself. It must also cover all the places associated with or tangential to the event, beginning with airports and other border crossings – the entry point to the country and extends to the entrance doors at the event hall and close monitoring of the crowd during the event itself. That is why every effective mega-event security project must be integrated with the security and intelligence systems of the city, and indeed, of the country. If these security systems have to be altered, existing elements can be improved and updated as required, or customized, so that the infrastructure can be used to secure future events.”

What specific elements need to be addressed when arranging security for mega-events? 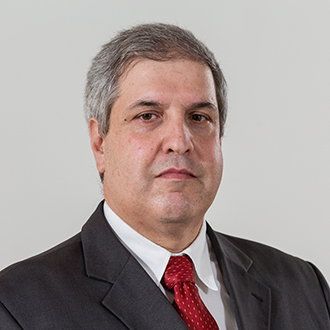 “There are three main components to events like this that a security plan must address: security of the people/participants, security of the facilities and the site of the venue, (for example, hotels, guest houses, the event campus, the event hall) and protection of traffic moving to and from the event,” explains Frishberg.  “When we build the security master plan for a mega-event (SMP), we primarily base it on a TVRA© analysis (Threat, Vulnerability & Risk Assessment). This method of analysis enables the security planners to define, analyze and measure all threats, weaknesses and risks associated with the event, and provide an appropriate response to each possible scenario. As a result of this operation, we can define various parameters related to the security of the event: the scope of the security measures, how many people need to be protected and to what degree, the level of security personnel required and how much training they will need, where they should be positioned, and what monitoring, sensor and IoT devices they should use – both physically and virtually.

“Another part of the planning stage is to consider possible event scenarios and responses. The goal is to map different levels of possible threat and public order disturbance scenarios and come up with response procedures. For example, if a car is rammed into the site – what happens if the offender is not apprehended at the checkpoint? Which personnel should intervene and how? This is just one scenario out of dozens or hundreds of possible scenarios, each one of which must have a corresponding optimal planned course of action. This is after weighing all factors and coming to the conclusion that this is the best and most effective response, while taking into account unexpected hitches or delays, and responding to those as well.”

So, we’re actually talking about security circuits that surround each other?

“You can look at it this way, yes it this way, yes,” says Frishberg. “These security circuits begin not only on the day or at the site of the event. Rather, as already mentioned, they begin at the airport, and long before the date of an event. In security terms, the micro level begins with a specific individual or single facility. At this level, we will use security measures such as: explosive and metal detection systems, physical searches, closed circuit cameras and physical passageways at the facility.

“The next step is peripheral security, and securing the roads to and from the event. In this context, we want to stop threats before they reach the relevant facility. This can be carried out through: checkpoints, checking for explosive materials in vehicles using undercover cameras, identifying and monitoring vehicles by license plates, day and night surveillance cameras, airborne observation systems, securing access routes by land and sea, movement of people, securing food supply routes and checking service providers.  “The highest level, or the macro level, is the intelligence circuit. Here the goal is detection of motivations on the part of various entities to carry out Illegal actions and various disturbances. What people or organizations might be interested in planning and implementing concrete threats. This is done, among other ways, by mapping out relevant dangerous people, pre-event registration charges and background checks on anyone entering the event and through close cooperation with the national intelligence agencies in the country engaged in collecting and analyzing intelligence all year round. 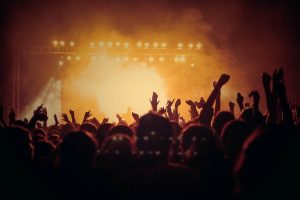 It is indeed possible to use safe city systems, such as the CCTV system, video analyticsand other systems for locating hazards and events and neutralizing them in advance. Systems intelligence for early testing and prevention of threats can also assist. For example, sustainability systems that know how to perform background checks in advance on event guests, service providers, journalists and suppliers, to identify whether or not a person is dangerous., “says Frichberg.”The goal is to get a realistic, accurate picture of the situation and of each participant, and the best way to do so is to put on context-dependent glasses.
There are systems that know how to collect all this information from information sources visible online and to analyze the information in a certain context; depending on the context and semantics of the world of terror, and to flood conclusions and insights.

“When it comes to the security and control of the event itself, at the macro and micro levels, as we discussed earlier, smart city technologies are very helpful.  Smart cities are full of sensors placed at multiple locations, as they assist in managing routine activity. During an event, people are scattered in multiple locations and there is also the event venue or hall to secure. The moment one of the sensors is activated at any of these levels, the plan-of-action determined in advance in the SMP, takes effect.

For this purpose, it is better to use a command and control system that connects the security system on all levels and the security entities at the various security points. These command centers must be distributed among the different security forces, like: the army, police, Shin Bet, Border Police and all other first response entities. Optimal coordination must also be implemented and communication should occur on the same unified and secured system.”

“In the end, the goal of securing such an event, is to create an integrative picture in real time and throughout the entire event. This consists of a screen and all its small parts; ensuring that everything connects; the operational plans, the manpower responsible for security and the existing system at the event, and to enable a quick and effective response in the event of any problem or danger whatsoever,” he concludes.

Independent LTE Networks Can Save Lives